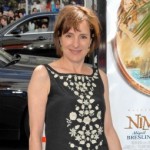 Nim’s Island 2 co-producer Paula Mazur is so impressed with Bindi that she hopes to make more Nim’s Island movies starring the talented teenager, who lives at her family’s Australia Zoo on Queensland’s Sunshine Coast. Bindi starred in the 2010 movie Free Willy: Escape From Pirate Cove, has co-written junior wildlife novels and appeared on television many times including on the Oprah Winfrey show.

“There’s no one in the world better suited than Bindi Irwin, she was born to play Nim,’’ Mazur said.

“She’s an animal person, an outdoors person, she’s fearless, the right age, she’s beautiful, she’s everything we could have hoped for for Nim, she is a dream come true. She’s a real natural actress….I hope she continues with acting because she has a lot of potential.

“I can’t imagine another 14-year-old that has the worldwide stature that Bindi does.”

Bindi Irwin to star in Return to Nim’s Island!

We’ve found more information about the sequel to Nim’s Island. One thing that was kind of surprising, but I sort of expected, was that it appears most of the original cast will not be returning. […]