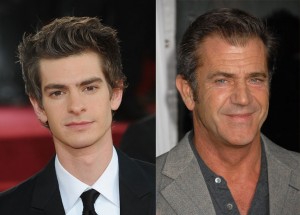 The Conscientious Objector is a movie that’s been in the works since at least early 2010. A while back it seemed like it was finally going to be moving forward, and now it’s possibly going to have Mel Gibson to direct it. It also has a new title in Hacksaw Ridge, and may star The Amazing Spider-Man‘s Andrew Garfield.

Hacksaw Ridge is based on the true story of Desmond T Doss, the first conscientious objector in U.S. history to win the Congressional Medal of Honor.

The project is being led by producer Bill Mechanic (Coraline) through his Pandemonium banner, with David Permut (Face Off), Terry Benedict (The Death Of Reasonable Doubt), Steve Longi (Youth In Revolt) and Gregory Crosby on board as producers. Walden Media has also been developing the project.

Aaron Schneider to Direct ‘The Conscientious Objector’ for Walden Media

Nearly two years ago, Walden Media president Micheal Flaherty told me the story of a script that he had, which he considered a dream project.  As he told me and others the story, everyone was […]