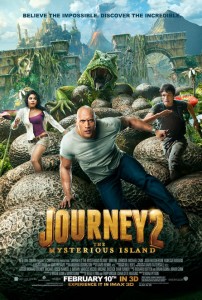 New Line Cinema and Walden Media have signed brothers Chad and Carey Hayes to pen the scripts for movies that follow 2008’s Journey to the Center of the Earth and 2012’s Journey 2: The Mysterious Island.

Journey 3 and Journey 4 could film back-to-back, if they can work on the filming schedule to accommodate the cast.

Plot details are being kept underwraps at this time. Journey 3 was originally announced back in 2012, after Mysterious Island proved to be fairly successful. At the time, Brian and Mark Gunn were hired to write, having written the second film.

Dwayne Johnson, who joined the cast for the second film in the franchise, is signed on to star in the sequels. Josh Hutcherson, while expected to return, has not formally signed yet.

February 15, 2007 Paul Martin Bridge to Terabithia, Journey to the Center of the Earth 3-D 0

While 14-year-old Josh Hutcherson has been making movies for five years, Friday’s opening of “Bridge to Terabithia” looks like the star-maker.

Canadian composer Andrew Lockington has landed his most prestigious scoring assignment so far: New Line Cinema and Walden Media’s Journey 3-D, based on Jules Verne’s book Journey to the Center of the Earth. The film […]