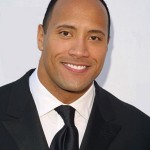 Dwayne Johnson is strapping on a backpack for New Line’s “Journey 2: The Mysterious Island,” the sequel to “Journey to the Center of the Earth 3D.”

Brad Peyton is on board to direct the film, in which Josh Hutcherson will reprise his role as burgeoning explorer Sean Anderson. Beau Flynn and Tripp Vinson of Contrafilm are producing.

Brendan Fraser was the top draw in the 2008 movie but is not returning after hitting an impasse over start dates. That put New Line on track to find a new star, with the studio and Johnson dancing for several weeks before getting into it. Johnson is in negotiations, with a deal expected to close this week.

Johnson will play the boyfriend of Hutcherson’s mom, who Hutcherson is forced to bring on a trip to a mythical and monstrous island to find his missing grandfather. The script is loosely based on Jules Verne’s “The Mysterious Island.”

Three other characters will be introduced in the movie and cast during the next few weeks. Production is eyeing a late October start in North Carolina and Hawaii.

Like the first movie, which beat the 3D craze by more than a year and made more than $250 million worldwide in 2008, the sequel will be shot and released in 3D.

Journey 2: The Mysterious Island comes to Blu-ray on June 5, DVD on July 3

Journey 2: The Mysterious Island – Now Available on Blu-ray and DVD

Earlier this year, Journey 2: The Mysterious Island was released in theaters, furthering the story that began in Journey to the Center of the Earth 3D.  Soon after the release, there were rumors of a […]