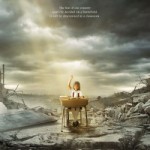 Paramount Pictures, Participant Media and Walden Media said Friday 50,000 people have pledged to see the documentary when it opens this fall. As a result, First Book and Houghton Mifflin Harcourt are teaming up to distribute 250,000 new books to schools and programs in low-income communities across the country.

In addition, the companies will donate an additional $100,000 worth of new books once the “Pledge Progress Meter” reaches 60,000.

“Waiting for Superman,” directed by Davis Guggenheim (“An Inconvenient Truth”), examines the crisis of public education in the U.S.

The “Pledge Progress Meter” launched in May as a way for non-profits, foundations and corporations to match individual pledge levels with powerful action items aimed at helping both students and public schools. First Book was the first organization to take the pledge.

The film opens in New York and L.A. on Sept. 24, nationwide in October, via Paramount Vantage. It won the audience award for best documentary at this year’s Sundance Film Festival.

Paramount Pictures, Participant Media and Walden Media announced today 30,000 people have pledged to see the award-winning documentary film WAITING FOR “SUPERMAN” when it opens this fall, making it the first goal reached on the […]

Walden joins the Fight for Education with Waiting for ‘Superman’

The new documentary, Waiting for “Superman”, examines the crisis of public education in the United States through multiple interlocking stories – from a handful of students and their families whose futures hang in the balance, […]