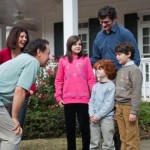 Andy Fickman is one of Hollywood’s workhorse directors who rarely makes headlines. But the family-film specialist (Race to Witch Mountain, You Again) earned Billy Crystal’s stamp of approval to oversee the Dec. 25 release Parental Guidance, which explores what happens when tradition-bound grandparents — played by Crystal and Bette Midler — must adapt to the demands of their 21st-century grandkids while acting as babysitters.

“I knew the story was near and dear to him,” Fickman says of Crystal, who based the concept on his own life. “I am a parent, and one of the things that really appealed to me was how universal the story was and how, when generations get together for holidays, there is always comedy.”

Part of that humor comes from the clash of child-rearing styles between the grandparents and their now-adult children. Says Fickman: “Growing up, my mom turned to the Dr. Spock book. Now, I have a friend who just had a baby and gets advice from Twitter. We are raising kids off of 140 characters.”

Fickman started from scratch with Crystal, but it turns out he and Midler go way back. 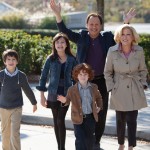 “Andy was an intern when I had a production company,” she recalls. “He has gone on to bigger and better things, a lot of pictures with kids in them.” During the shoot, Midler says, “he called me Boss, which I think is hilarious, kind of great and adorable. It was a happy set.” 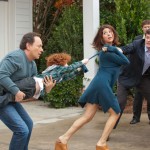 Not so fast, Bette. “I actually was an executive,” says Fickman as he clarifies his job description at Midler’s All Girl Productions. “I was vice president of development. We had a deal with Disney and did Hocus Pocus and the Gypsy movie for TV. We produced Man of the House.” Further evidence of his status: “I was in a corner office and had an assistant. That is a pretty good internship.” 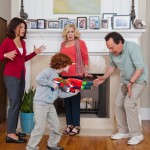 It is true, however, that Fickman could not help but use the B-word to refer to Midler while making Parental Guidance. “She was my boss every day on the set,” he says. “It was such an honor for me to extend our relationship in that manner.” Although the director does concede that Midler occasionally would step in and call “cut” herself when a scene would go on a little too long. 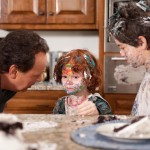 No matter. It was worth it to watch the two comedy masters finally work their magic together. “It’s like putting two greats in the ring,” Fickman says. “The cast and crew marveled at how quickly they found their voices as a couple. You would have thought they were Burns and Allen.”

Of course, what good are grandparents without grandkids? Fickman says the filmmakers found three standouts who could hold their own: Bailee Madison, 12 (Bridge to Terabithia, Don’t Be Afraid of the Dark), and two relative newcomers, Joshua Rush, 10, a veteran of numerous TV ads and voice roles, and Kyle Harrison Breitkopf, 7.

Bailee, who plays an intense violinist coping with a new school, “truly was a big sister both in the movie and on the set.” Joshua, whose character has a speech impediment, ” carries a lot of dramatic weight.” Then there is redheaded Kyle, who had a knack for ad-libs: “He was like the Little Rascals come to life.”

The Oscar winner just signed on to play Billy Crystal and Bette Midler’s daughter in Andy Fickman’s family comedy “Us and Them.” Is it strange that I find it odd that she’s playing the daughter […]