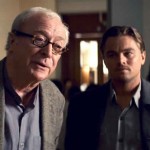 Michael Caine has become one of my favorite actors to watch on screen.  From his role as Scrooge in The Muppet Christmas Carol to Alfred in Christopher Nolan’s Batman Begins and The Dark Knight, he has the acting chops to give weight to just about any role that he plays.  Now he has joined Dwayne Johnson and Josh Hutcherson for the sequel to Journey to the Center of the Earth.  It’s too bad that Brendan Fraser dropped out of the movie, as it would have been great to see him acting with Michael Caine.

According to the Heat Vision blog, Michael Caine is currently in final negotiations to star as the grandfather:

The script, loosely based on Jules Verne’s “The Mysterious Island,” sees Hutcherson reprising his role from the first movie and partnering with Johnson, playing his mom’s boyfriend, on a trip to a mythical island to find his missing grandfather.

Caine is the grandfather, but the part is no cameo. The role will see the actor in action mode, engaging in several chase sequences, including one involving giant bees.

The movie will shoot in Hawaii and then move to North Carolina.

New Line Cinema and Walden Media have signed brothers Chad and Carey Hayes to pen the scripts for movies that follow 2008’s Journey to the Center of the Earth and 2012’s Journey 2: The Mysterious […]

Dwayne ‘The Rock’ Johnson is starring in the upcoming film “Tooth Fairy” from 20th Century Fox and Walden Media. Walden Media tends to make great films that are very under-appreciated, and if the response to […]