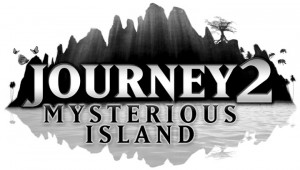 Until recently, I was expecting to see Journey 2: The Mysterious Island on the big screen this month.  The one problem?  No trailers have been released for it, so it would have released to very little box office, if any at returns at all.  I just looked it up to see if there was an update about it, and it turns out it’s been delayed until February 2012.  Smart move.

Journey 2: The Mysterious Island will release on February 10, 2012 (according to IMDb, today), and is the sequel to Journey to the Center of the Earth 3D.  In the film, Sean Anderson partners with his mom’s boyfriend on a mission to find his grandfather, who is thought to be missing on a mythical island.

The terrific and underrated City of Ember will be released on January 20, 2009. It’s rumored to be a bare-bones release with just the film and no special features, which would be a terrible shame. […]

‘Won’t Back Down’ Release Date Moved to September

New Line’s reteaming with Walden Media and ContraFilm for a sequel to “Journey to the Center of the Earth.” The sequel’s based on Richard Outten’s script “Mysterious Travels: The Lost Map of Treasure Island,” in […]