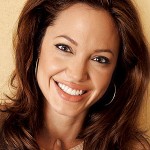 Angelina Jolie is in talks to direct the World War II drama Unbroken for Universal Pictures and Walden Media.

The film is an adaptation of the 2010 book by Laura Hillenbrand (Seabiscuit: An American Legend) and tells the story of Olympic athlete and Air Force officer Louis Zamperini, who survived a plane crash during World War II and clung to life on a raft for 47 days. He was captured by the Japanese and served hard time in a POW camp.

Hillenbrand’s book spent 108 on the New York Times best-seller list, including 14 weeks at No. 1.

“I read Laura Hillenbrand’s brilliant book, and I was so moved by Louie Zamperini’s heroic story, I immediately began to fight for the opportunity to make this film,” Jolie said in a statement.  “Louie is a true hero and a man of immense humanity, faith and courage. I am deeply honored to have the chance to tell his inspiring story.”

“In her life and in her work, Angelina has embraced stories and causes involving great struggle and triumph over tremendous odds and the basic human condition,” said Fogelson and Langley in a joint statement. “She has a real ability to illustrate the strength in human spirit which will be essential in telling Lou’s story of survival and great heroism.”

Walden Media has just signed on to co-finance with Universal Pictures the screen adaptation of Laura Hillenbrand’s bestseller Unbroken: A World War II Story of Survival, Resilience and Redemption. The Water for Elephants team of screenwriter Richard […]

Joel and Ethan Coen to rewrite ‘Unbroken’ for Angelina Jolie

Last year, Angelina Jolie signed to direct Unbroken for Universal and Walden Media.  Now the Coen brothers have been tapped to rewrite Unbroken, the adaptation of Laura Hillenbrand’s 2010 book — which has been trying […]