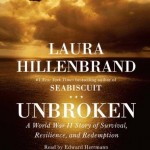 Walden Media has just signed on to co-finance with Universal Pictures the screen adaptation of Laura Hillenbrand’s bestseller Unbroken: A World War II Story of Survival, Resilience and Redemption. The Water for Elephants team of screenwriter Richard LaGravenese and director Francis Lawrence are prepping the story about the unbreakable spirit of Louis Zamperini, the former Olympic track prodigy who endured unimaginable hardship as a WWII POW at the hands of Japanese prison guards.

This is a story that Universal Pictures has wanted to make since they bought the rights to the story more than 54 years ago.  Tony Curtis had planned on playing the role of Louis Zamperini after he completed work on Spartacus. 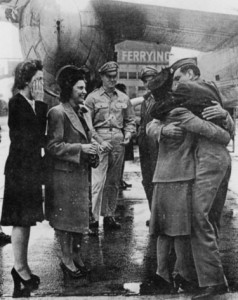 From the Hardcover edition:

On a May afternoon in 1943, an Army Air Forces bomber crashed into the Pacific Ocean and disappeared, leaving only a spray of debris and a slick of oil, gasoline, and blood. Then, on the ocean surface, a face appeared. It was that of a young lieutenant, the plane’s bombardier, who was struggling to a life raft and pulling himself aboard. So began one of the most extraordinary odysseys of the Second World War.

The lieutenant’s name was Louis Zamperini. In boyhood, he’d been a cunning and incorrigible delinquent, breaking into houses, brawling, and fleeing his home to ride the rails. As a teenager, he had channeled his defiance into running, discovering a prodigious talent that had carried him to the Berlin Olympics and within sight of the four-minute mile. But when war had come, the athlete had become an airman, embarking on a journey that led to his doomed flight, a tiny raft, and a drift into the unknown.

Ahead of Zamperini lay thousands of miles of open ocean, leaping sharks, a foundering raft, thirst and starvation, enemy aircraft, and, beyond, a trial even greater. Driven to the limits of endurance, Zamperini would answer desperation with ingenuity; suffering with hope, resolve, and humor; brutality with rebellion. His fate, whether triumph or tragedy, would be suspended on the fraying wire of his will.

In her long-awaited new book, Laura Hillenbrand writes with the same rich and vivid narrative voice she displayed in Seabiscuit. Telling an unforgettable story of a man’s journey into extremity, Unbroken is a testament to the resilience of the human mind, body, and spirit.

Joel and Ethan Coen to rewrite ‘Unbroken’ for Angelina Jolie

Last year, Angelina Jolie signed to direct Unbroken for Universal and Walden Media.  Now the Coen brothers have been tapped to rewrite Unbroken, the adaptation of Laura Hillenbrand’s 2010 book — which has been trying […]

Angelina Jolie is in talks to direct the World War II drama Unbroken for Universal Pictures and Walden Media. The film is an adaptation of the 2010 book by Laura Hillenbrand (Seabiscuit: An American Legend) […]