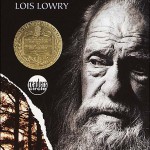 Lois Lowry’s book The Giver is inching closer to the big screen.  Many years ago Walden Media had the rights to create the motion picture version of the story.  They didn’t hold on to those rights.  However, it appears that they’ve acquired the rights once again, if they had ever truly dropped them.

The book concerns a utopian society where all memories of the past reside with a sage figure known as “The Giver.”  When a 12-year-old boy is selected to be the new Giver, he learns of the hypocrisies and hidden truths of his world.  Bridges nabbed the rights to the book 20 years ago with the intention of developing it as a starring vehicle for his father, Lloyd, but now he intends to produce and star.

Should I see ‘The Giver?’

I’ve never read Lois Lowry’s Newberry Award winning book The Giver. I have, however, seen the feature film based on that book. One of the best compliments that you can give to a movie, that is […]

Taylor Swift has joined the cast of The Weinstein Company and Walden Media’s movie adaptation of “The Giver.” The singer-songwriter is the latest member of the cast that features previously reported stars Meryl Streep, Jeff […]