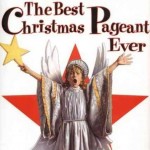 Walden Media’s getting into the holiday spirit, tapping Andy Fickman to direct “Best Christmas Pageant Ever.”

“The Best Christmas Pageant Ever” centers on a suburban slacker mom who gets roped into directing her town’s Christmas pageant and gets stuck with the “worst kids in the history of the world” as her cast.

Kristen Buckley and Brian Regan are scripting “Best Christmas Pageant Ever” based on the HarperCollins book of the same name by Barbara Robinson. Novella, originally published in McCall’s magazine in 1972, has been turned into a play, a TV movie and a book.

Walden acquired the feature rights in 2010.

Tom Everett Scott is set to play Marisa Tomei’s husband in 20th Century Fox and Walden Media’s Us & Them, a comedic tale about old-school versus new-school parenting. “Us and Them” stars Billy Crystal and […]