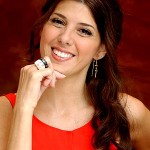 The Oscar winner just signed on to play Billy Crystal and Bette Midler’s daughter in Andy Fickman’s family comedy “Us and Them.”

Is it strange that I find it odd that she’s playing the daughter of Billy Crystal?  Either way, this is great for Walden Media, as lately their film casts have been getting more and more fine actors.

“Us and Them” stars Crystal and Midler as grandparents who struggle to cope with their grandkids’ modern ways when they’re left to care for them. The duo forge a new bond with their grandkids and set out to repair a long-standing rift with their daughter, Alice, to be played by Tomei.

Joshua Rush has joined the cast of Us & Them, as the latest addition to the family. “Us and Them” stars Billy Crystal and Bette Midler as grandparents who struggle to cope with their grandkids’ […]