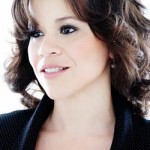 The cast of Walden Media’s Still I Rise continues to grow, and the casting announcements remain very impressive.  This week Rosie Perez and Lance Reddick signed onto the film. 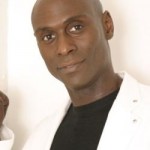 Oscar Isaac and Holly Hunter co-star as a teacher and the head of the teachers union, respectively.  Perez will play a former teacher who is now the poised-yet-frank head of the school board, while Reddick will play Davis’ husband who’s also a teacher.  Daniel Barnz is directing, having recently rewritten Brin Hill’s original script.

Perez, whose last studio pic was 2008’s “Pineapple Express,” earned an Independent Spirit Award nomination for her turn in “The Take” opposite John Leguizamo, who she recently re-teamed with on the indie comedy “Fugly!”

Reddick is best known for playing Lt. Daniels on HBO’s “The Wire.” He also had a key recurring role on ABC’s “Lost” and recently appeared on the bigscreen in “Jonah Hex.”

Apparently, Still I Rise was renamed Steel Town during production.  I spoke with someone who says that the final name has not been decided yet, but I really liked the original name for the film.  […]

Won’t Back Down Theatrical Trailer

The theatrical trailer for Won’t Back Down is now up at Yahoo Movies. Directed by Daniel Barnz (Beastly) from a script he co-wrote with Brin Hill, the fact-based drama stars Maggie Gyllenhaal and Viola Davis […]

Deadline has announced that Walden Media has has set a May 23 start in Pittsburgh on Still I Rise, the working title of a drama that will star Maggie Gyllenhaal and Viola Davis. Daniel Barnz, […]