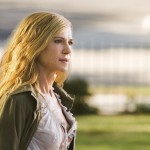 Holly Hunter has signed a deal to star in Still I Rise, a look at the public education crisis in America. Maggie Gyllenhaal and Viola Davis star as “two frustrated mothers who team up to transform an inner-city public school.”

Hunter will play the head of the teacher’s union. Director Daniel Barnz (Beastly) is now polishing a rewrite of the original Brin Hill screenplay. Production on the Walden Media/Fox collaboration begins next week in Pittsburgh.

This is Hunter’s first feature film role since 2005, following a television role on Saving Grace.

Won’t Back Down – Poster and Four Clips from the Movie

Won’t Back Down will be released on September 28, 2012. The drama, produced by Walden Media & 20th Century Fox, is centered on two frustrated mothers (played by Viola and Maggie Gyllenhaal) who team up to […]

Won’t Back Down Theatrical Trailer

The theatrical trailer for Won’t Back Down is now up at Yahoo Movies. Directed by Daniel Barnz (Beastly) from a script he co-wrote with Brin Hill, the fact-based drama stars Maggie Gyllenhaal and Viola Davis […]