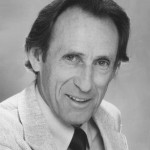 Robert Donner, a character actor who specialized in playing eccentrics, including the crazed prophet Exidor on the popular sitcom “Mork & Mindy,” has died. He was 75. His final film, the family comedy “Hoot,” was released last month.

Donner, who appeared in more than 100 films and television shows, died Thursday of a heart attack at his Sherman Oaks home, said Michael Belson, his former agent.

On “Mork & Mindy,” which aired from 1978 to 1982, Donner led an invisible cult called the Friends of Venus. Whenever the friends whom only Exidor could see got in the way, he uttered his signature phrase – “Mork! Is that you?” – to series star Robin Williams.

“Bobby was very, very skilled at comedy. He worked all the time in an era when they were phasing out character actors,” said Michael Lembeck, whose father, Harvey, a comedic actor best known for his role on “The Phil Silvers Show,” taught Donner at comedy-improv workshops. “And he had a very droll, very dry sense of humor.”

That was evident in Donner’s official biography, which mentions that he joined the Navy after high school, “serving three years, 11 months, 29 days, and six and one-half hours.”

Born April 27, 1931, in New York City, Donner grew up in New Jersey, Michigan and Texas. After discovering the West Coast while in the service, he decided to stay and attended what is now Cal State Northridge.

While living in a Studio City apartment, he became friends with a neighbor who was also an actor. Clint Eastwood thought Donner was funny and urged him to study acting, according to Donner’s biography.

He seemed to revel in “spooky, oddball roles of the street evangelist/undertaker/obsessive lawman variety,” according to the online database All Movie Guide.

“I guess I’m like the rest of my fellow character actors,” Donner told the Arkansas Democrat-Gazette in 1988. “I keep my guns loaded and go where the action is.”

Rainn Wilson makes a joke about Hoot in an Interview

Rainn Wilson is the actor that portrays Dwight Schrute on the American version of “The Office.” He also appears in the upcoming film “My Super Ex-Girlfriend,” along with Luke Wilson and Uma Thurman. The Philadelphia […]

At the Oaks Cinema in Melbourne, it is the night of the premiere for the movie version of “Hoot,” Carl Hiaasen’s novel about owls and teenage environmental activism.

Today, Hoot is available in stores! Be sure to pick up your copy of the DVD. I’m going to be looking at the DVD in the next few days and writing a review of the […]