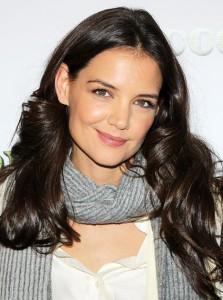 Katie Holmes has closed a deal to join Meryl Streep and Jeff Bridges in The Giver, a drama from The Weinstein Co. and Walden Media that’s being directed by Phillip Noyce.

Brenton Thwaites is the young star of the sci-fi project, which tells of a society in which there is no conflict, racism or sickness.

Thwaites plays a young boy who is selected for his life service as the Receiver of Memories and works with The Giver (Bridges), an old man who teaches the boy to use his unique gifts of the senses. Streep is the society’s Chief Elder, an authoritative and antagonistic woman who assigns the young their tasks.

Holmes will play Thwaites’ mother, a strict obeyer of the laws that govern what is described as an antiseptic society.

The movie, which is eyeing a budget of around $25 million, is being produced by Nikki Silver of Tonik Productions along with Neil Koenigsberg and Bridges.

Michael Mitnick wrote the most recent script adapting the Lois Lowry YA novel.

A shoot in South Africa is being planned, although it is likely that Steep will shoot her scenes in England, where she is filming Disney’s Into the Woods.

‘The Giver’ gets a Release Date

The Weinstein Co. and Walden Media have scheduled Phillip Noyce‘s sci-fi epic The Giver on August 15, 2014. Based on the dystopian YA novel by Lois Lowry, The Giver stars Meryl Streep, Jeff Bridges and […]

We’ve been waiting for this movie for a very long time, and there was a short time that we thought the movie had been passed on by Walden Media.  Turns out, we were wrong, and […]