Bandslam is the perfect back to school movie. It is a funny and charming little film that I guarantee you’ll have a good time at. Go see it and bring friends with you. It’s a great way to celebrate the end of summer before the school year begins. Want to see what’s on the soundtrack? Read on. We also have some pictures for you. Also, Bandslam features an exclusive new trailer for The Twilight Saga: New Moon. 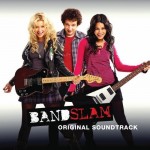 The soundtrack to the film is pretty incredible, itself. Order the Bandslam Soundtrack!

Joe Jonas, Kevin Jonas and Nick Jonas of the Grammy-nominated, platinum-selling band, Jonas Brothers, today announced they would team up with Hollywood Records to release Fashionably Late, the debut album from one of this summer’s […]

Journey 2: The Mysterious Island, the sequel to Journey to the Center of the Earth 3D, is coming to theaters on February 10, 2012.  We have four new posters for the film, each featuring a […]