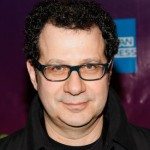 Brooks will also write a new draft of the script for the film, which revolves around four moms on their special day. Walden exec Eric Tovell would not go into further detail about the plot.

Nia Vardalos wrote the initial draft with Keith Nerryman and David A. Newman following up with another draft.