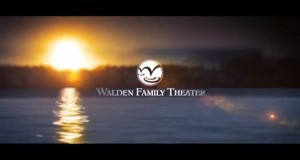 A few months ago, I learned that Walden Media was hoping to bring back the family movie night.  The goal is to do something similar to the Disney’s old family movie of the week.   It’s finally been announced as Hallmark Channel is launching a new family TV-movie series.

This will be in partnership with Walmart, Proctor & Gamble, Walden Media and Arc Entertainment, the cable network will unveil Walden Family Theater as a destination for family-friendly films.

According to an article in The Hollywood Reporter, there will be six new films airing on Fridays throughout the year, in addition to a slew of favorites from Hallmark Channel’s library. Walmart will sell DVDs of the new movies the Tuesday after they air.

Walden Family Theater will debut March 15 with the world premiere of the Walden/Arc-produced film Return to Nim’s Island starring Bindi Irwin, daughter of the late Crocodile Hunter Steve Irwin. Walmart will sell the DVD on March 19. (The film is scheduled to hit movie theaters April 4 in Australia.)

Return to Nim’s Island is the sequel to Walden Media’s 2008 feature and picks up a few years later with 14-year-old Nim more determined than ever to protect her island and its wildlife.

The second title in the franchise will be Space Warriors, starring Dermot Mulroney, Danny Glover, Josh Lucas, Mira Sorvino and Thomas Horn. The movie, about space-camp trainees who take action when danger hits the International Space Station, will premiere in May.

Additional titles and airdates will be announced shortly. 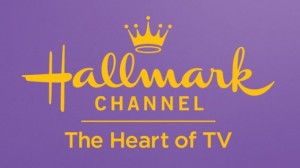 “We at Hallmark Channel could not have asked for better collaborators for Walden Family Theater than Walmart and P&G, as leading sponsors, and Walden and ARC as producers — these are all brands that share in our passion for and commitment to family entertainment,” said Bill Abbott, president and CEO of Crown Media Family Networks. “This collaboration is a 360-degree effort that allows us a unique opportunity to further revive the practice of families regularly gathering to enjoy television entertainment as a shared experience.”

Added Micheal Flaherty, co-founder of Walden Media: “Walden Family Theater is a great step forward for us to continue the Walden mission. These great films we are presenting on The Hallmark Channel and/or making with ARC reinforces our vision to provide families a chance to recapture imagination and rekindle curiosity through entertainment. These films will stand side by side with some of our proudest features like our Narnia movies, Holes, Bridge to Terabithia, Amazing Grace, and Journey to the Center Of The Earth.”

I’ll be forever grateful to my parents, authors both, for teaching me to read. Not how to read, just to read. In a simpler time, before the internet, before the electronic video games, before cable, […]

Producer Jordan Kerner has signed a multi-year, first-look deal with Walden Media. Walden, which teamed with Kerner on “Charlotte’s Web,” will have an exclusive first look at all feature projects Kerner develops through his Kerner […]