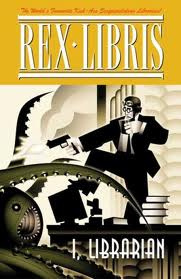 Walden Media has secured rights to develop a film based on the hyper-stylized, tongue-in-cheek sci-fi comic book Rex Libris.

Rex Libris follows the zombie-slaying, monster-wrestling adventures of quirky librarian Rex Libris whose heart beats to preserve, protect, and defend the books of the Middleton Public Library. As head librarian and a member of the secret society Ordo Biblioteca, Rex goes to extreme measures to track down late fees, retrieve library patrons sucked into alternate-realities, and restore order to the realm of book borrowing.