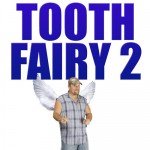 I can’t believe that I hadn’t heard of this until now.  A direct to video sequel to 2010’s smash-hit (?), Tooth Fairy, which starred Dwayne Johnson, Billy Crystal and Julie Andrews, has been in production.  Tooth Fairy 2 stars Larry the Cable Guy (Cars 2) as Larry Guthrie, a man who I have no doubt will at some point become the Tooth Fairy to learn a lesson.

According to the IMDB listing, Tooth Fairy 2 is scheduled to be released on video in February 2012.  It was directed by Alex Zamm, who’s previous direct to video sequels include Beverly Hills Chihuahua 2, Dr. Dolittle: Million Dollar Mutts and Inspector Gadget 2.  He’s currently in pre-production on a live action feature film version of the Hannah-Barbera cartoon Hong Kong Phooey which features Eddie Murphy as the voice of the title character and should hit theaters in 2014.

The photo with the story is a badly photoshopped image that I created for the story and does not represent actual promotional material for the film.

Here’s a photo from a Set Visit from a blog called The Dirty T-Shirt: 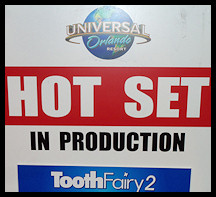 Dwayne ‘The Rock’ Johnson is starring in the upcoming film “Tooth Fairy” from 20th Century Fox and Walden Media. Walden Media tends to make great films that are very under-appreciated, and if the response to […]

Walden Media’s first direct to home video has been released this week.  It’s Tooth Fairy 2, starring Larry the Cable Guy (Cars, Cars 2). About the Movie: Larry Guthrie is a fun-loving guy with a […]