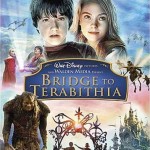 Buena Vista Home Entertainment’s youth fantasy “Bridge to Terabithia” easily took the top spot on the national DVD sales chart its first week in stores, but rental demand kept Sony Pictures’ “Ghost Rider” in the No. 1 spot on the rental chart its sophomore week out.
“Ghost Rider” suffered a drop of just 25% in rental dollars, earning an additional $6.7 million to bring its two-week take to $15.5 million. “Terabithia” bowed at No. 2 on Home Media Magazine’s rental chart for the week ending June 24, with estimated rental earnings of $5.7 million, just slightly more than 20th Century Fox’s “Reno 911! Miami,” which debuted at No. 3 with $5 million.

Bridge to Terabithia is a movie that is not short on emotion. It is the story of a boy that longs for the attention of his father, and a new girl in school with an […]

Popular US Christian singer/songwriter Bethany Dillon, the young star who released her 2004 self-titled debut album to critical acclaim at the age of 15, returns 3 April with her third studio project, Waking Up.