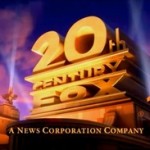 Walden Media’s film Of Men and Mavericks has landed a studio.  Fox 2000 has joined to co-finance and distribute the film domestically.

Of Men and Mavericks follows a chapter in the real-life story of young Northern Californian Jay Moriarty, a world champion surfer and adventurer who made his reputation surfing Mavericks north of Half Moon Bay before dying in a diving accident at age 22.

It will detail how Moriarty’s persistence, discipline and potential transform Frosty from a reluctant mentor into a father figure. As their bond strengthens, Moriarty learns to push his limits.

The film, which has yet to be titled, will begin shooting in and around Santa Cruz in the middle of October. And Walden Media, the film’s producer, is looking for Santa Cruzans to take part […]

The first poster from the surfer film Chasing Mavericks (previously titled Of Men and Mavericks) has landed online.  Directed by Curtis Hanson, the film stars Gerard Butler as mentor to Moriarty (played by newcomer Jonny […]