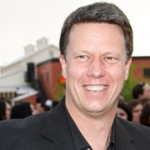 Gavin Hood is in negotiations to direct an untitled Alaskan adventure project for Walden Media. Mark Johnson is producing.

Based on Gay and Laney Salisbury’s book “The Cruelest Miles: The Heroic Story of Dogs and Men in a Race Against an Epidemic,” the true story centers on a 674-mile journey undertaken by 20 men and 200 dogs who rushed a diphtheria antidote to Nome, Alaska, in 1952. The group braved temperatures of minus-60 degrees, a phenomenon known as ice fog and other dangers, capturing the attention of the lower 48 states. One lead dog even got a statue in New York’s Central Park.

Sean O’Keefe and Will Staples wrote the adaptation.

Walden is eyeing a summer start for the project, which at one point was in development at Miramax under the title “Ice Bound.”

Walden is eyeing a summer start for the adventure movie, which should give Hood plenty of time to schedule TV work; he is attached to direct “Breakout Kings,” which recently was picked up as a pilot by Fox. He is coming off the pilot “Tough Trade,” which he directed for Epix.

Critics Love Journey to the Center of the Earth

Walden Media’s Journey to the Center of the Earth is a heart-stopping adventure, bringing to reality what Jules Verne himself only dreamt about: moving pictures that leap off the screen and head straight into the […]