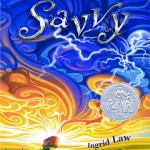 Elizabeth Chandler has been hired to work on the script for the adaptation of the young-adult fantasy book Savvy for Walden Media.

Ingrid Law wrote the bestselling 2008 novel, which was published by Walden’s book division and honored with the Newberry award. It concerns Mibs Beaumont, who is about to turn thirteen years old — the age when members of her family receive their own special power, known as a “savvy.” But when her father is sent into a coma after a bad accident two days before her birthday and Mibs takes off to help him, she ends up on a wild adventure with her friends and equally savvy siblings.

Walden recently produced Journey to the Center of the Earth and The Chronicles of Narnia: The Voyage of the Dawn Treader. The company has Learning to Fly in production and Journey 2: The Mysterious Island hitting theaters in February.

Walden Media has picked up Randi Mayem Singer’s script for Gene. The Hollywood Reporter describes Gene as a modern-day take on the genie story. According to Walden CEO Michael Bostick, it’s a family comedy combining […]

Liam Hemsworth and Dennis Quaid in The Throwback

Liam Hemsworth will be starring alongside Dennis Quaid in a new sports-centric drama called “The Throwback.” The film is currently being developed at Walden Media and Mayhem Pictures and is based on the true story […]

Cary Granat is leaving Walden Media, the company he co-founded. In a decision that both Granat and Walden say was mutual, Granat ceases to be co-CEO of the company that he formed for Phil Anschutz […]