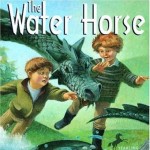 Walt Disney Pictures’ follow-up to Andrew Adamson’s blockbuster “The Chronicles of Narnia: The Lion, the Witch and the Wardrobe” has been moved off the Christmas 2007 release schedule to summer 2008. Disney rescheduled “The Chronicles of Narnia: Prince Caspian” hours after Columbia Pictures circulated an announcement Tuesday staking a claim on December 8, 2007 for the domestic release of its new fantasy fable “The Water Horse.”

Columbia’s similarly themed fantasy fable aimed at family audiences pre-empted by one week Disney’s “Prince Caspian,” which had been slated for December 14, 2007. Both sweeping epics are produced by Walden Media and when left to open one week apart were perfectly poised to cannibalize one another’s 2007 Christmas boxoffice. The perceived threat to its family audience during the frame was enough to make Disney blink. (Sheigh Crabtree)

The Water Horse’s Alex Etel is now on MySpace

Director Jay Russell dropped us a line to let us know that the lead actor from The Waterhorse is now on MySpace. The film also has a MySpace page, as does the director himself. He […]

Below is a special teaser cut together for the Rock Ness Music Festival. Take a look below for the teaser for The Water Horse: Legend of the Deep! If the video doesn’t load, or says […]