The National Parenting Publications Awards (NAPPA) has named Ingrid Law’s SAVVY as one of its Gold Award winners.

NAPPA has been trusted for almost twenty years as the “go-to” source for parents to find the best books, toys, music and parenting resources. Its seal is highly regarded as a stamp of quality – NAPPA’s rigorous testing and evaluation process assures parents that a product bearing its seal is the best of the best.

Walden is honored that SAVVY, the Newbery Honor Award-winning novel joins this group. SAVVY, the story of Mib Beaumont’s and her family’s magical powers, or savvies, has earned numerous accolades. Its author, first-time novelist Ingrid Law, recently appeared on NBC’s The Today Show to discuss it. Watch the video here, and visit NAPPA’s website to learn about other NAPPA-winning products for both children and parents. 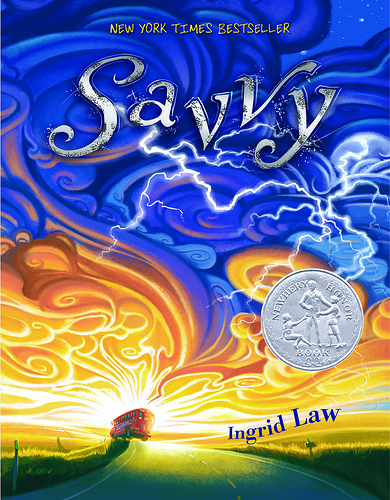 Walden Media has snapped up feature rights to Ingrid Law’s debut novel “Savvy,” a tale of an adolescent girl with supernatural powers.

Elizabeth Chandler has been hired to work on the script for the adaptation of the young-adult fantasy book Savvy for Walden Media. Ingrid Law wrote the bestselling 2008 novel, which was published by Walden’s book […]