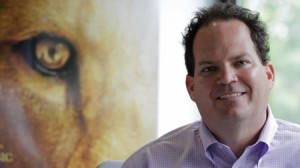 A team of two Asbury University professors and an Asbury University student produced a video interview of Micheal Flaherty, president of Walden Media. The C.S. Lewis Estate has entrusted Walden Media with bringing to life the film adaptations of The Chronicles of Narnia. The video will be premiered preceding the release of the third film in the series, The Voyage of the Dawn Treader.

The two previous films produced by Walden Media, The Lion, the Witch, and the Wardrobe, and Price Caspian, were highly popular earning $745 million and $419 million respectively worldwide. In the video Flaherty says, he was very proud of the work that has been done so far on the film and is confident that it will recapture the magic that was so much a part of the first film.

Asbury English professor, Dr. Devin Brown, who has authored three books about C. S. Lewis and Narnia, designed the questions and interviewed Flaherty. Asbury media communication professor, Greg Bandy, was the producer and director. Austin Berry, a senior media communication major, was in charge of filming and editing. The footage was shown at the Asbury Reunion in June, and will be used at several of Dr. Brown’s upcoming scholarly talks, and at Asbury’s Narnia Night planned for December. Following that, it will be posted on Asbury’s website.

The project was funded by Asbury’s C.S. Lewis Study Center and a grant from the Lilly Foundation. Dr. Brown said, “The ongoing connections between Asbury University, Walden Media, and the work of C.S. Lewis is a wonderful illustration of vocation—using our God-given interests, inclinations, and talents to engage the culture.”

Interview with Aly Michalka for Bandslam

Alyson Michalka plays Charlotte in Bandslam Can you tell us about Bandslam? Aly Michalka: Bandslam is a great movie about relationships that I think we all go through with our friends, and it’s about becoming […]

Ann Peacock has been brought on board to write the screenplay for Walden Media’s “American Girl.”

Filmmakers Focused on the Family

Hollywood can be a land of creative opportunity, but also a dark place that can eat away at the soul. But, make no mistake, there are people, and companies, determined to enliven the heart while […]